Let’s try to find his old master or mistress. Let’s share.
What if someone’s looking for their teddy?

We are on the shore of one of the small islands in the Caribbean, a few miles north of the equator. There are not a lot of people living there. There is nothing but debris of coral, algae and coconut shells. 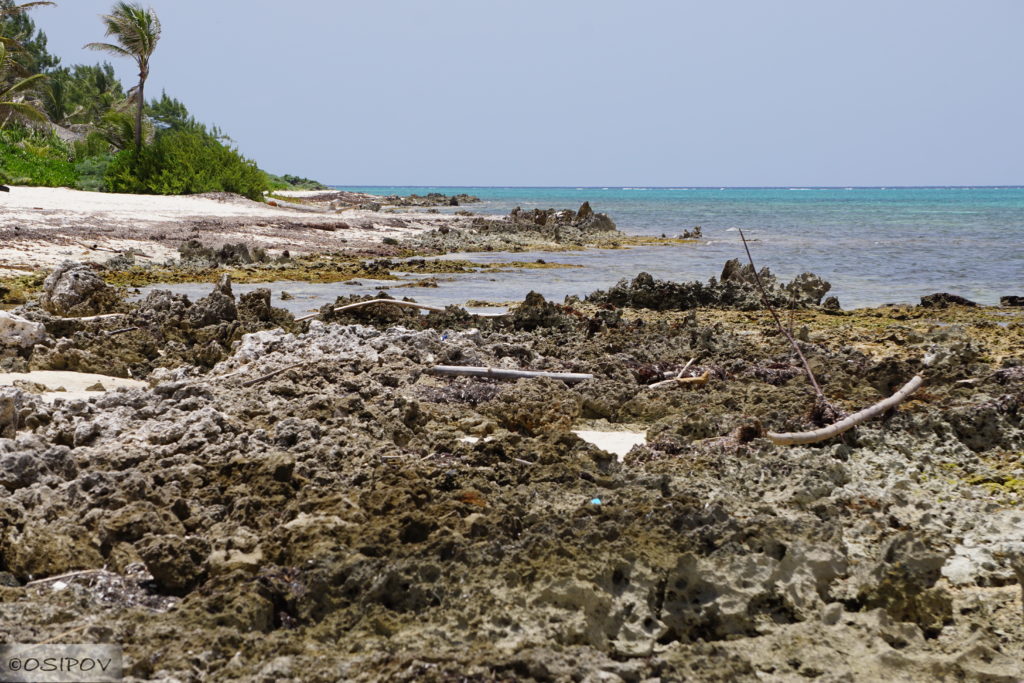 And then a bear!
Don’t be alarmed, there are no live bears. There are no wild mammals on this island.

The Bear was a toy. Soft, small, all burned by the hot tropical sun to a bright white color. From a polar bear, he was distinguished by two small wings on his back and a prayer call in his front paws. 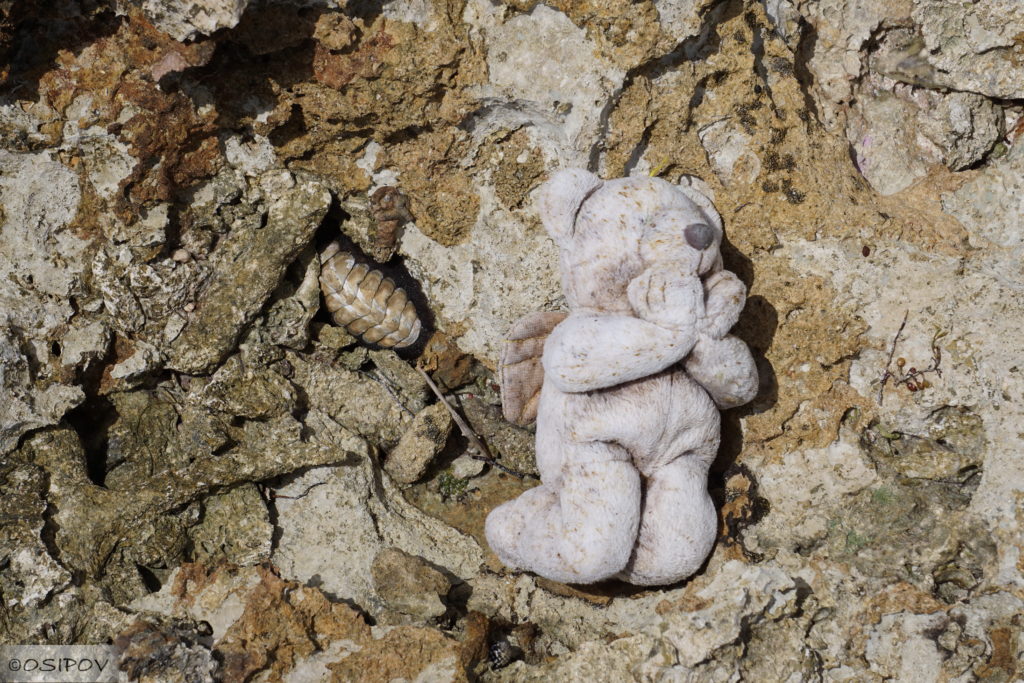 His small bear body was buried in the debris of coral, algae and shells and almost didn’t stand up among them.
— Get me out of here! Please! I beg you! — it seemed that the bear asked.

Like many people, I love toy bears since I was a kid. The Writer Alan Alexander with his Winnie the Pooh is guilty. By the time I was six, I knew all the songs from the show by heart. There were a few bears in my childhood. I especially loved the one that the nanny gave me. I still have him, and I’ll write about him someday.

But for now back the deserted shore.
There are no houses for miles.
No doubt the bear was carried by waves.
Maybe he’s a shipwreck victim.
Or did a little girl drop his overboard?
Why did he fold his legs so hard?
— What am I supposed to do with you? — I asked the bear.
— Anything, just get me out of here, — the bear replied, and a small white crab crawled out of his side and ran away.

The Bear was cleaned with soap tonight. Brown patches of dirt almost broke. There was a yellow torn rope on the head. In his past life, he could have been hung up. 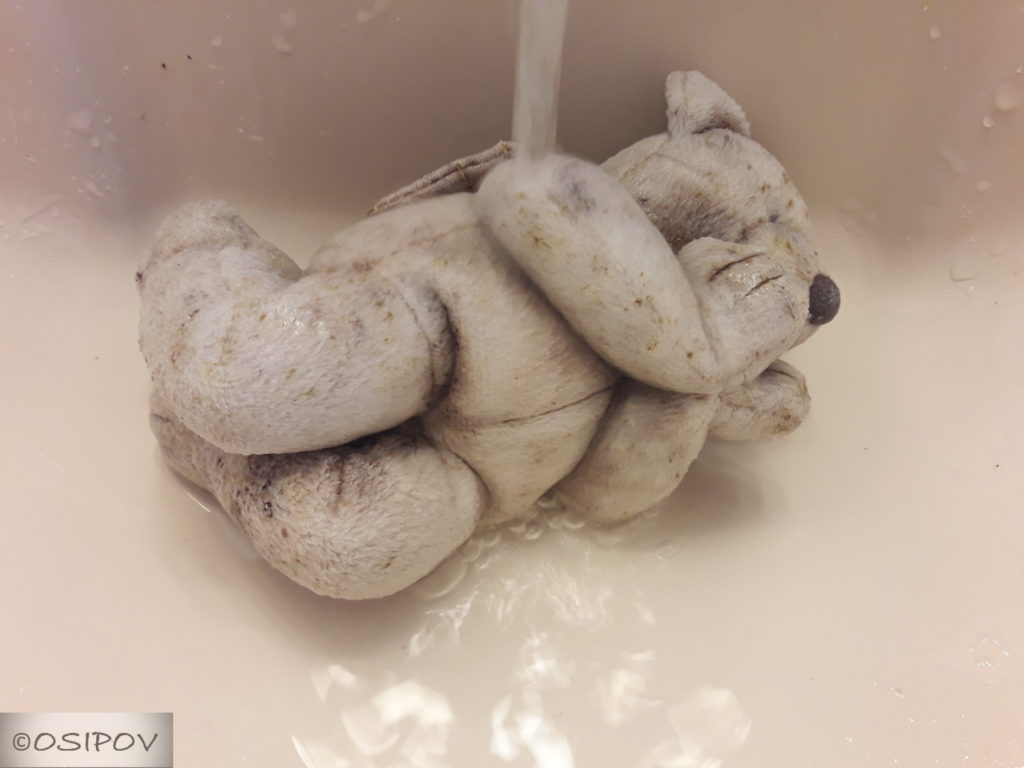 From a long time in salt water, the bear went blind. Both eyes are already lost. The wings found a shade of pink color. Just get up from the knees with the bear. He was so sewn in the first place. Kneeling. Bear in prayer. Angel-Bear. I still can’t imagine it. The Bear is an angel. But it is. Small, White, air with pink wings.
A little bear soul that didn’t reach the sky and fell into the ocean. It was swept through the waves and washed up on the coral island.

The Bear had to fly again.
He took the six hours of flying to New York well. Now He’s still on his knees on the shelf in my living room. And is praying. 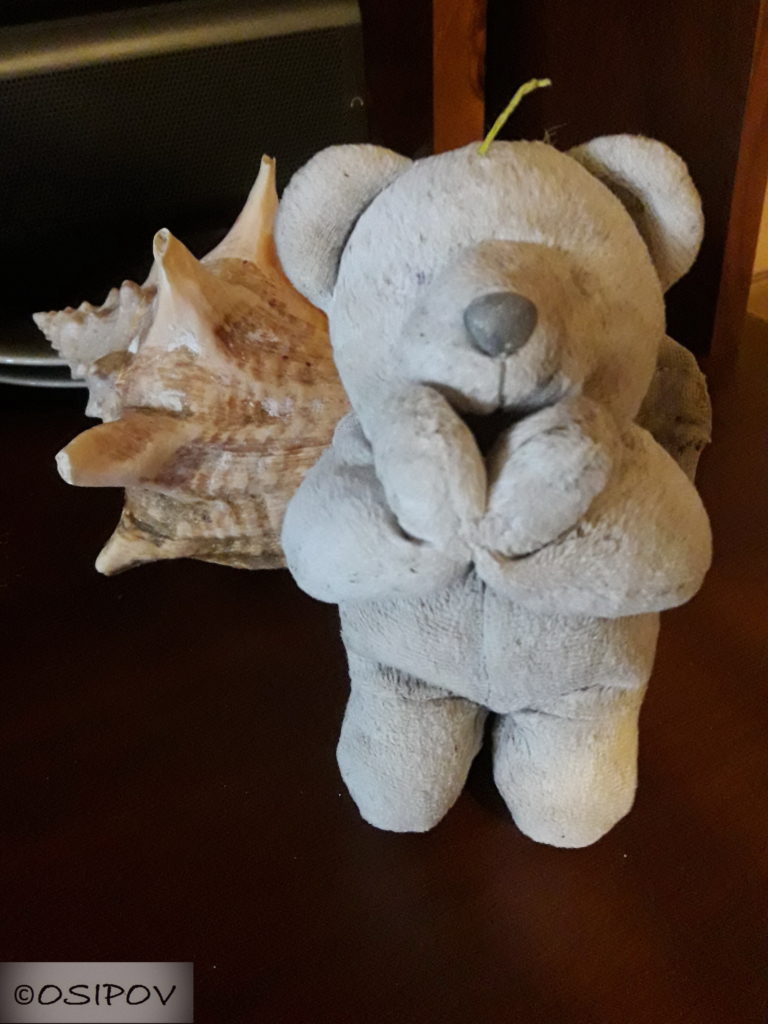 I’m waiting for him to tell me something about his past life, but for now the bear stays silent.

Who lost the bear?
Let’s try to find his old master or mistress.
Let’s share.
What if someone’s looking for their teddy?
Who dropped the Angel-Bear in the Caribbean Sea?

Translated, from the Russian, by Aryn O’kane and Taisia Osipova.